STORY: In 1419, the love stories of three couples are left unfinished owing to a conspiracy. In 2019, reincarnated, they meet again and the romances are rekindled. But this time pairings are mixed up. Can what was done in 1419 be undone in 2019?

REVIEW: In its fourth edition the Housefull franchise ensures that it takes its brand of over the top and mindless humour forward. Actually, it's more like the reverse, since it rewinds back six hundred years to the 15th century. 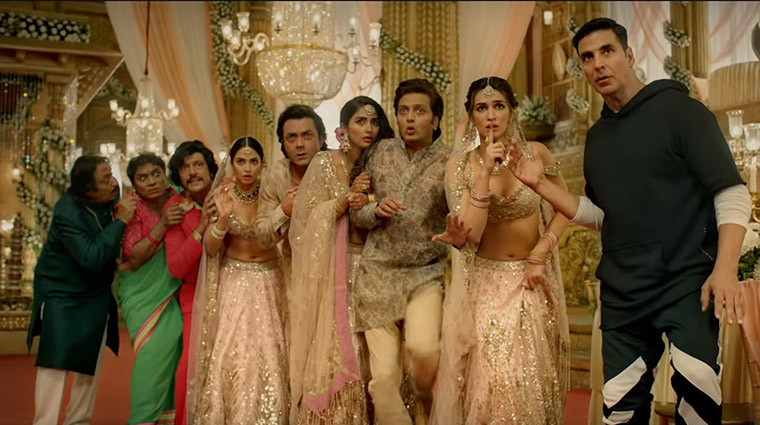 But first, it's London of 2019, where Harry (Akshay Kumar) is a hairdresser who alternately has bouts of memory loss and flashes from his past life. Max (Bobby Deol) and Roy (Riteish Deshmukh) are his brothers. Together they hatch a plan to marry Kriti, Neha and Pooja (Kriti Sanon, Kriti Kharbanda and Pooja Hegde respectively), the three daughters of a billionaire, Thakral (Ranjeet), to be able to pay off the loot money of a mafia don Michael that they have misplaced. When the marriage destination is inadvertently fixed as Sitamgarh in India, the couples head there and Harry meets his past life friend Aakhri Pasta (Chunky Pandey) and recalls everything from that time. The three pairs of lovers - Rajkumar Bala Dev Singh (Akshay Kumar) and Princess Madhu (Kriti Sanon), Bangdu Maharaj (Riteish Deshmukh) and Princess Mala (Pooja Hegde), Angrakshak Dharamputra (Bobby Deol, yes the pun is not lost here) and Princess Meena (Kriti Kharbanda) are killed, leaving their love stories unfinished when they get caught up in an evil design to eliminate them. Although, Bala himself is 'shaitaan ka sala' and has laid a trap to marry Mala, so that he can become the king of Sitamgarh.

The main hitch now is that, in 2019 the couples are mixed up, and Bala (Akshay Kumar) decides that the pairings must be set right so none of them end up with their sister or brother-in-law from their past life.

So with this central plot point in hand, Housefull4 takes off. Of course, this mission to set things 'right' leads to confusions galore and a deluge of characters, who spring in and out of the narrative and from their last life to present life. There is a sprinkling of mindless comic moments owing to the general silliness all around. And a dollop of low- brow, crass humor. A special low point is when Princess Meena pretends to be molested to convince Dharamputra to marry her. Add to that, there are portions that drag and jokes that feel dated.

The film's increasingly loud background score (especially in the second half) and the CGI in the period setting leave a lot to be desired. And a running joke on three pigeons named Neil, Nitin and Mukesh that doesn't actually fly.

Of the actresses, it is Kriti Sanon who has the most lengthy role and she pulls it off well. Kriti Kharbanda and Pooja Hegde are reduced to being props, owing to their limited screen time. Interestingly, all three are uniformly dressed in the same colors, as if it were a deliberate attempt to not be able to tell them apart. Riteish Deshmukh gets the quirks of his characters well and does manage to pull in some laughs. Manoj Pahwa, Nawazuddin Siddiqui, Rana Daggubatti and Johnny Lever have their oddball parts to play in the film - though some seem just pointless. And yes, Archana Puran Singh pops up often in a photo.

But largely, it is Akshay Kumar who has the most fleshed out role and shoulders most of the film. And he definitely shines in most of them getting the comic timing right.

Needless to add, don't go looking for logic in Housefull4 (but still, how did the blood on Rana Daggubatti's blue jacket magically disappear in the last scene?). In the last 30 minutes, Kriti repeatedly asks, "Yeh sab kya ho raha hain?" A sentiment that could be echoed by the viewers.

Overall, Housefull4 ends up as a complete mad caper. Which, if you're a fan of the Housefull brand of comedy, might appeal to you. But if you are not, then proceed with caution. 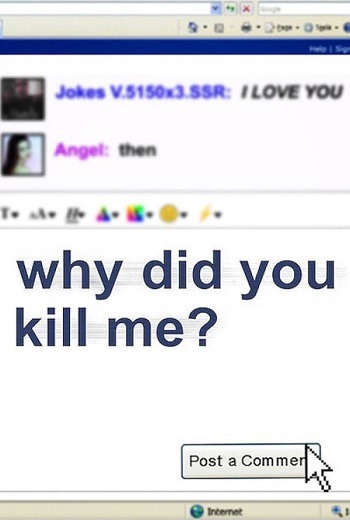