Isn’t it scary being chased by monsters?

You might think that question has an obvious answer, especially if you’re Scooby-Doo (Frank Welker) or Shaggy (Matthew Lillard) and hiding from supernatural-looking trouble in the Mystery Machine is far preferable than actually facing it, but if you’re Velma, the brains of the group with a fearsomely-good (usually) “Mind Palace” that works out what’s going on well before anyone else does, the idea that you would ever feel fear is ridiculous.

After all, while the monsters look scary, they are, as they have been in every Scooby-Doo film and TV show since the characters found their way to television in 1969, usually the product of some person’s twisted intent or fractured mind and easily unmasked if you have your wits about you.

Which Velma (Kate Micucci) always does to a prodigiously assured degree.

But in Happy Halloween, Scooby-Doo!, the thirty-first straight to video/streaming film from the series to thrill and delight us, Velma comes face-to-face, not simply with toxic-sludge powered pumpkins that can drive cars, come up with tactics on the run and even eat people before “pumpkin-ifying” them, but with the fact that she may not be able to figure everything out immediately and that maybe, just maybe, a little fear is good for a person.

Again, Scooby-Doo and Shaggy, who spend much of the film either running from trouble or quaffing all the food and Halloween candy they can find, would agree vehemently with the idea that you should heed, without question, your fight-or-flight instincts, but Velma is having none of it and she spends much of this highly-entertaining film telling anyone who will listen that fear is of no use whatsoever.

Ah, but the thing is, it just might be.

For those of us without a “Mind Palace”, which is Scooby Snax-powered and in a nod to the show’s ’60s origins looks like a trippy drug-induced high – not so squeaky clean now are you, Velma? – fear is a great thing because (a) it keeps us alive but (b) it gets the adrenaline firing so our brain, which is usually pretty good at solving problems (though likely not Velma good).

In this Velma-centric adventure, fear is given some positive street cred, in the same way that sadness was giving a PR makeover in Pixar’s Inside Out; just because an emotion might be routinely considered to be negative, doesn’t mean it doesn’t have beneficial results.

Of course, no one is stopping to think through particular conundrum in Happy Halloween Scooby-Doo! which features one of the great road chases of all animated time as a cavalcade of vehicles driven by freakishly-alive pumpkins sets off in single-minded, scary pursuit of the gang (in their all-new Bill Nye the Science Guy-supplied high-tech van which while it’s sparkly new isn’t as cosy, as Fred, voiced by Frank Welker, often points out, as the Mystery Machine) and their new friends, Elvira Mistress of the Dark and townsfolk, father and daughter Mike and Michelle.

There’s a touch of It’s a Mad, Mad, Mad, Mad World to proceedings as everyone does their best to stay ahead of the maddening gourd hordes in a chase that is as much about visual slapstick and witty banter, in typical Scooby-Doo style, as it is about getting to safety so everyone has a moment o catch their breath and figure out what’s going on.

Part of the immense fun of Happy Halloween Scooby-Doo! is that it doffs its energetically over-the-top hat to many of the tropes that have endeared the Scooby-Doo franchise to fans for a shade over 50 years.

Thus, we have the musical montage towards the end where Scooby and Shaggy in the main are seen rushing from one side of the screen to the other, with various pumpkins in hot, wild-faced pursuit, with “It’s the Spookiest Time of the Year” as a sprightly musical accompaniment.

And we are treated to Scooby and Shaggy finding all the food that fit for eating at a Halloween party or consuming more candy in one sitting than is good for anyone, all while Daphne (Grey Griffin) goes on her adorably loopy tangents including apprenticing herself to Elvira while they are racing down the freeway.

In short, all the fans boxes are ticked Happy Halloween Scooby-Doo! feel like some uninspired, tired retread.

In fact, by solving a fake mystery of sorts at the start of the story, the film sets itself up nicely to ask whether whatever everyone is experiencing is real this time and that Velma might take this opportunity to be just a little bit scared since the gang may have finally met their supernatural match.

Keeping a franchise as long-running and well-loved as this one isn’t easy, but as Be Cool, Scooby-Doo! proved a few years back in a regrettably all-too-short and truncated run, and Happy Halloween Scooby-Doo! with absolute delightful manic hilarity and candy-coloured vivacity proves now, it can be done and done with exuberant, heart-winning, comically-inspired zest.

While no one wants to be scared, Happy Halloween Scooby-Doo! is proof positive that you can teach an old dog new tricks while honouring its tricks of yore, and you can face your fears and come out the other side with a mystery solved, a town, in this case, Crystal Cove saved, and a villain unmasked because of course there is, seemingly real Jackal-Lanterns (as they’re dubbed) notwithstanding.

(Oh, and make sure you stick around for the credits where you will be treated to a gloriously well-done, Mystery Machine-revitalising “It’s Alive!” parody of 1931’s Frankenstein. 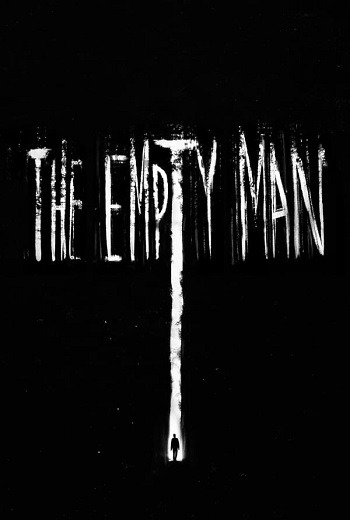