Only the Koreans can do this — conjure up an absurd female-powered office comedy-drama like this and make it really entertaining.

Imagine combining the sexist office politics of 9 to 5 with the corporate greed of Wall Street. Mix this up with the environmental cover-up from Erin Brockovich with a dose of those culturally comical English language lessons from that ancient TV sitcom, Mind Your Language. “Especially I love myself” — one student proudly states her newfound proficiency.

Then have the entire deal propelled by the disobedient power of what looks like K-pop group Girls Generation set in a very male-dominated early-tech Korean organisation in 1995 called Samjin Electronics (surely it's referencing Samsung).

Boy, this flick, looking kinda quaintly dated, is one crazy mish-mash of sexual discrimination, corporate corruption and the mistrust Koreans have of their powerful chaebols (family-owned giant business conglomerates). Although, actually, it's the ruthless, dubious Western way of doing business that's being indicted. “Yankee go home” is another useful English phrase uttered here.

But everything's done in such a fun and funny whirly-twirly manner which only a skillfully scripted Korean comedy can pull off due to a light touch, good pace and a twisty environmental whodunnit plot — who's the heinous bastard in the sinisterly hierarchical company that's been secretly poisoning the river of a town?

Plus throw in a lot of cute girl-clique moments fronted by a likeable winsome trio of office gals who get you on their side immediately. How about a goofy Mission: Impossible-inspired infiltration scene in a hotel with a goldfish added in for giggles?

All three girls are grossly overlooked in their workplace for being lowly high-school grads with their pre-destined function of bowing their heads dutifully, asking zero questions, making coffee and placing cigarette boxes neatly on the desks of their male superiors. They are promised a promotion if they score high marks in an English course taught by a nerdy Korean-speaking ang moh who, in another movie, could be playing a sad serial killer.

Lee Ja-Young aka Dorothy (Ko A-Sung from The Host and Snowpiercer), is the brainy gal with the serious part of this tale. She's the ubiquitous Girl Friday of her department, the one who knows where every file and every pen is, what every person needs and where to stand silently in line behind spineless men who basically don't give two hoots about what she thinks.

Which is much to her stifled frustration because the lady is way smarter, sharper and tougher than the obnoxious male chauvinist pigs around her. When she discovers that somebody high up has been dumping toxic waste from their factory into a river to make the unsuspecting townsfolk badly ill, she reaches into her greater Greta Thunberg to go into a full environmental Columbo-mode to nail the culprit responsible.

I tell you, her dogged investigation to root out the company cesspool of villains and buffoons is a wholly enjoyable K-style convoluted detective thriller just by itself. Ja-Young doesn't just come up against corporate stone-walling and intimidating threats. She's also essentially a severely disadvantaged woman banging against not only a glass ceiling but a concrete barrier of institutionalised prejudice. It makes you so mad, you'd wanna call Hillary Clinton.

Meanwhile, her best pal and ally, Jung Yu-Nah aka Michelle (Scarlet Innocence's E Som), is the pretty chick trying to get her great ideas noticed in her section that's full of snakes and ass-kissers. Her main obstacle is a nasty female colleague who steals her brilliant idea to get their handsome ang moh-looking company president, Billy Park (Korean-American actor David Lee McInnis), to be the face of the organisation since it's 1995, and hey, Bill Gates does it for Microsoft too.

The dreamy dude is here as a hired gun with his fancy American expertise to transform the family-run Samjin company into an international corporation complete, of course, with greed-is-good tactics straight out of Gordon Gekko’s playbook. Quite clearly, this film is saying something about all-powerful Korean-run businesses. I'm no expert but what I can confidently gather is that director Lee Jong-Pil probably isn't a fan of shady board meetings.

Much of the fun in this flick is seeing how the underestimated gals expose one scarily high-level superior after another with one unexpected twist after another. The three ladies have such great chemistry — Ko is a delight being unsure and uncowed at the same time — they hold this show firmly and engagingly together despite it flying off in multiple directions.

The one thing you don't quite get here in Samjin Company English Class, though, is the English language element of the whole deal. It doesn't really fit into the whole scheme of things, except perhaps to make it easier for us to see that American capitalism could possibly be worse than, say, a Russian one.

It does, however, provide the film with one funny, clever linguistically-challenged line.

“This is Dorothy, I am career woman,” Ja-Young introduces herself haltingly and charmingly when she calls a lab in America to verify the true level of toxic pollution. 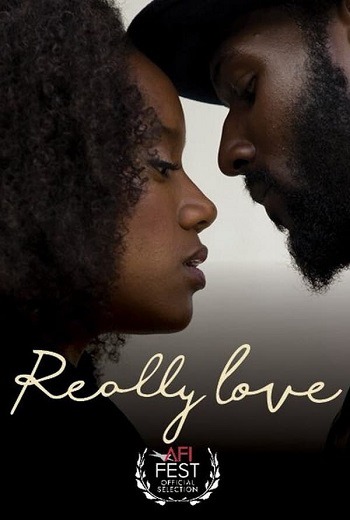