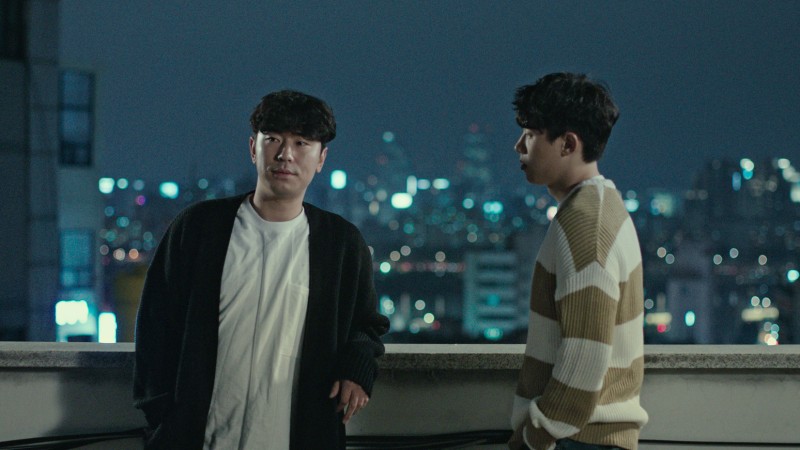 In various ways, “Search Out” is nothing overtly original. Everything from following the lives of disenfranchised, anxiety-ridden millennials, right to its broad look at how social media can prey on those most vulnerable has been done before. Yet, there is something still entirely engrossing across Jung Kwak‘s debut effort, or at least it is moderately relatable enough to cause some sort of pensive self-reflection, which helps ensure it never quite feels forgettable.

At its core, the movie revolves around three characters, all of whom are at differing levels of stagnation within their lives. Firstly, there is Jung Jun-hyuk, a depressed blogger who dreams of an assured job. Secondly, his friend Choi Sung-min, a similarly struggling twenty-something male, is failing in his modest goal to become a police officer. Thirdly comes the duo’s new addition into their circle, Kim Noo-ri, a terse hacker who makes ends meet however possible. Nevertheless though, they pull through and get by in their bleak daily routines, seemingly resigned to being permanently stunted by an unforgiving cityscape. 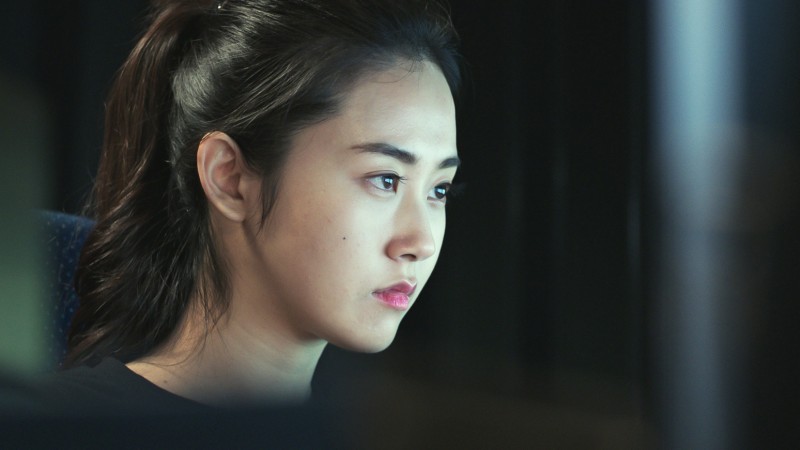 However, the group’s once mundane lives become vastly more intriguing when an eerily suspicious Instagram account, Ereshkigal, begins to take a vested interest in the meaning behind the trio’s very existence. Suspecting that the account is responsible for the suicides of many fellow struggling adults, the unlikely partnership begins to fight back against the mysterious entity, hoping that they can bring an end to the exploitation of the mentally vulnerable.

Whilst undoubtedly “Search Out” inflates its melodramatic element to a frustrating degree, it does do a competent job of guaranteeing that it keeps some sort of positive tone integral to its plot. For example, there is a consistent layer of optimism rooted within the adults and their ambitions throughout, allowing them to gain the confidence to tackle the anonymous antagonist. Furthermore, the general self-awareness pertaining to their own mental health conditions is a definite showing of astute pragmatism, and allows the movie to drift away from maladroit cliché.

Continuing, Kwak does serve up some fleetingly poignant comments on the intake of social media, and the public’s trust in it, throughout his debut effort. It may not be anything ground-breaking, in that it is the typical route of an overreliance can cause overwhelming defects to one’s life. Yet it is refreshing in seeing the focus on who actually is affected by the woes of social media shift away from directionless juveniles and onto those more experienced, particularly in the sense of how poor mental wellbeing can be preyed upon.

In awarding credit to the feature, the relatively young cast deserve their fair share of praise too. Although seldom asked to portray characters anything more than flimsily two-dimensional, each member of the main parts is aptly represented, with Kim Sung-chul standing out most prominently as the fresh-faced, anxiety-riddled Jung Jun-hyuk. Throughout the feature, Kim is impressive whenever on-screen, consistently ensuring that his depiction is as fleshed-out as possible with subtle voice tremors, understated facial expressions and a departure from some of the more exaggerated stylings which can occasionally plague an actor in such a bleak narrative. It does help that he is flanked by the more experienced Lee Si-eon, though, with the more seasoned hand helping steady the on-screen representations with a seamless conviction. 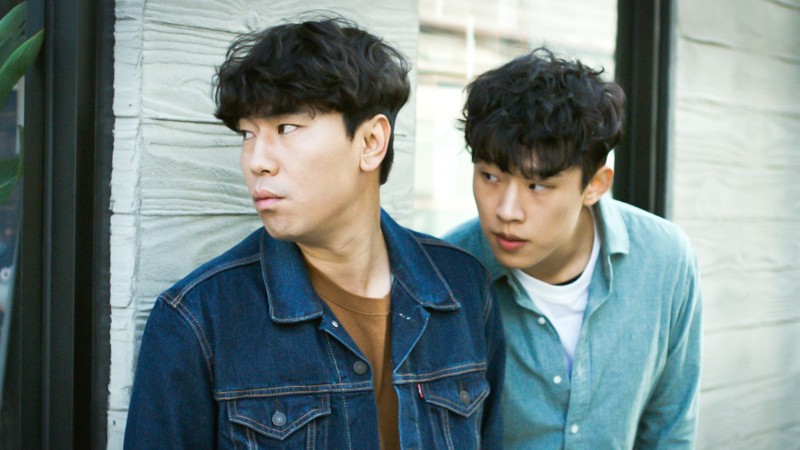 Technically, “Search Out” is impressive too, benefiting from Choi Jang-man’s unconsciously emotive cinematography. Favouring dark, muggy landscapes and removing light from a lot of the film, the desolation is laid bare for the audience, and drawn out smartly through the majority of the action set-pieces taking place during the latest hours of the night. Similarly, Choi Hyun-sook edits the movie astutely, giving it a breezy feel throughout its 90-minute runtime, and certifying that things continue to operate smoothly.

All in all, “Search Out” is a palatable debut from Kwak Jang, who shows a keen eye for skeletal social commentary alongside fresh takes on melodramatic tales of hopeless members of society. It might not stand out as overtly idiosyncratic, but with a slightly forgiving eye, one can easily look past the drawbacks, and clichés that the film just so occasionally stumbles upon.