‘What We Wanted’ Review: Austria’s Oscar Hopeful Has Netflix Gloss to Bandage Its Emotional Wounds

Austria's official Oscar submission is a sleekly made, well-acted marital melodrama, but like the passionless couple at its center, it eventually just lies there.

Do married couples in the movies ever go on vacation just for the hell and fun of it? Or is it always to get away from something, to cover over an absence, to shorten a yawning distance between them? Alice and Niklas, the Viennese pair at the center of “What We Wanted,” aren’t about to break with tradition. Coolly attractive and comfortably off, they nonetheless arrive at a Sardinian beachside resort under a low cloud of depression and discontent: They’re in their early forties, their latest attempt at in vitro fertilization has just failed, and they’re staring down the future of a marriage they don’t know how to complete, if not with an elusive and long-desired child. Austrian writer-director Ulrike Kofler’s debut feature follows in a long tradition of marital dramas negotiating this particular impasse or turning point, and it’s a handsome, sensitive entry in the genre — one that treats its internally bruised characters with the care of a patient, kindly therapist.

Aided by fine, restrained performances and precise, sun-warmed craft, this softly-softly approach carries the film compellingly enough for an hour or so — until it winds up in much the same solemn holding pattern as the couple in question, nervous of any major decision or dramatic pivot. If its relationship arc arguably errs on the side of restraint, Kofler’s script, co-written with Marie Kreutzer and Sandra Bohne, compensates with heavily underlined irony and pointed contrast elsewhere, as secondary drama involving a more flatly characterized family in the neighboring cabana serves to throw Alice and Niklas’ woes in pointed relief. The result, down to the balmy Sardinian setting, recalls Maren Ade’s brilliant “Everyone Else” with the splintery edges all politely sanded down: A respectable selection as this year’s Austrian entry for the international feature Oscar, Kofler’s film has been released directly to Netflix, where it should cultivate a broad audience.

“At least we can expect a spontaneous miscarriage,” a gynaecologist briskly tells Alice (Lavinia Wilson) and Niklas (Elyas M’Barek) at the outset, having just informed them that their fourth round of IVF treatment — and the last they can expect with state funding — has not been a success. This is what passes for good news in “What We Wanted”: In response, the couple’s faces don’t look so much devastated as weary in defeat, as if any gladder tidings would have been a pleasant surprise. A banker and a social worker, they have ploughed much of their combined income into elaborately remodeling their modern house in Vienna’s gray, staid suburbs, creating extra rooms in the hope of something to fill them. Kofler neglects to tell us much of what their life was like before this pained project, but that might be the point: They don’t seem to remember either.

As the doctor advises them to take some time off to “reconsider [their] life plans,” Alice and Niklas do so without evident enthusiasm. They check into their airy island getaway as if submitting to an institution; a child’s bed in the corner of their room, adorned none-too-subtly with a teddy bear, greets them reproachfully. Kofler lampshades this blunt symbolism, as Niklas mordantly jokes that he chose a confrontation therapy resort, only to continue with equally obvious plot points. As bad luck would have it, a loud, gregarious family of fellow Austrians turns up next door: jovial jock Romed (Lukas Spisser), his new-agey astrologist wife Christel (Anna Unterberger) and, of course, their two children. With predictably cruelty, the younger, button-cute Denise (Iva Höpperger) takes a shine to broody Alice, whom she labels “the sad woman,” while her harried, outgoing parents tactlessly idealize their new neighbors’ child-free status. “I get why you don’t want kids,” Romed laughs, oblivious to the knife he’s twisting in a stranger’s stomach.

If this is all a bit on the nose, the setup nonetheless has potential for raw, rude conflict, particularly as Niklas — grateful for anybody else to talk to in the midst of his marital purgatory — accepts Romed and Christel’s social overtures more readily than his wary, lonely wife does. Yet “What We Wanted” never quite draws emotional blood, even as a glass of merlot wine is inevitably smashed against a wall during one argument. Notwithstanding a late-breaking detail of their backstory, Alice and Niklas’ problems are plain to see and consistent from the outset, as is their mutual but long-avoided need to talk directly to each other. Romed and Christel, meanwhile, don’t emerge as sufficiently complex figures to jolt or redirect the storytelling, even as they’re handed the script’s most drastic dramatic developments.

A thoughtful quartet of principal performances keeps proceedings plausible even as the writing lurches in diagrammatic directions — with Wilson and M’Barek maintaining a moving, passive-aggressive dance while their characters rehash and replay their fights. Robert Oberrainer’s camera often holds them tenderly close, in soft late-summer light; co-writer Kreutzer’s fleet, graceful editing seems to reflect the tidal nature of their combined moods. Yet “What We Wanted” never quite dares to surprise them — or us — with anything genuinely subversive or disruptive in its drama. Darker betrayals or yearnings are merely hinted at, in the cinematic equivalent of a discreet whisper, while a sudden surge of life-or-death crisis passes them by in the background: a suggestion that, come the end of this dampened couple’s retreat, they might just be okay after all. 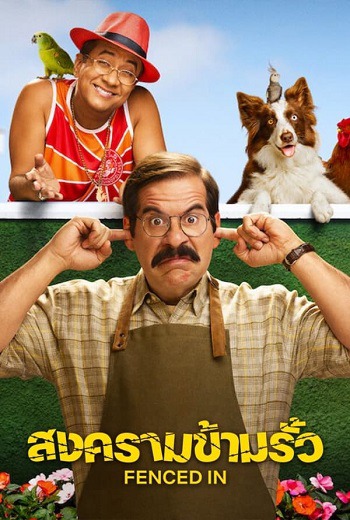