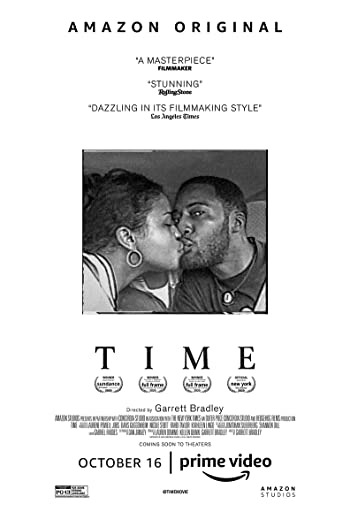 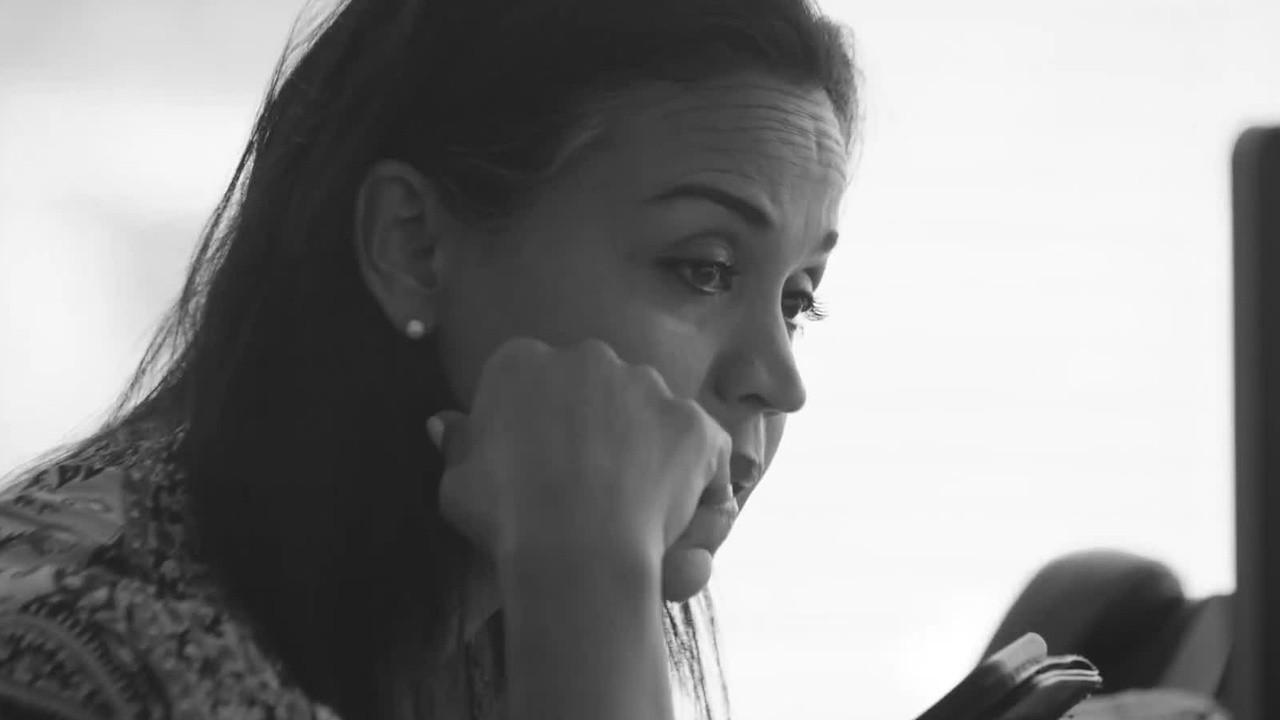 Director Garrett Bradley combines vérité observation with 18 years of home videos to make a longitudinal study of incarceration’s effects on an American family.

Sixty years. That’s how long a Louisiana judge sentenced Rob Richardson to serve for armed bank robbery. Garrett Bradley covers more than a third of that term in “Time,” and the cumulative impact — boiled down into an open-minded and deeply empathetic 81 minutes — will almost certainly rewire how Americans think about the prison-industrial complex.

Bradley interweaves the day-to-day struggle of Rob’s seemingly tireless wife Fox Rich in the present with nearly two decades of home movies that Rich recorded over the span of her husband’s incarceration. The videos were the last ingredient to fall into place (Rich entrusted them to Bradley only after principal shooting had wrapped), but they’re incorporated beautifully and absolutely define the unconventionally structured result, which earned Bradley the best director prize at the Sundance Film Festival.

No one is arguing for Richardson’s innocence — Fox pleaded guilty, too, and served more than three years behind bars for her part as the getaway driver — and yet, the film challenges the assumption that incarceration makes the world a safer place. What it does, as “Time” will tell, is separate families, segregate communities and uphold white supremacy under the semblance of law — what a 2012 documentary, based on the best-seller by Douglas A. Blackmon, identified as “Slavery by Another Name.”

Looking back on the two and a half years she spent in prison, Rich says, “What I clearly saw was that our prison system was slavery, and I’m an abolitionist.” As Bradley observes, now Rich fights back by speaking out to mothers and daughters and wives who’ve been similarly affected. She fights back by calling the judge every chance she can to appeal for Richardson’s release. And she fights back by not letting the system beat her, but by getting up every day and being a mother to her six sons, including twins Freedom and Justus, with whom she was pregnant when her husband was sentenced. She’s raised them well, alone: Now in high school, Freedom wants to study criminal justice with the goal of reforming racially biased policy.

We’ve all heard the saying “don’t do the crime if you can’t do the time.” And yet, for society’s most desperate citizens, breaking the law comes as a last resort. In those cases, incarceration is no deterrent, and prison actually compounds the underlying problem. Bradley’s approach brings this seemingly overwhelming issue down to a personal level, revealing how communities are actually worse off for ripping families apart. The director presents the family’s case in black and white, yet the issue is anything but.

Since the early days of American cinema, movies have been expected to uphold the rectitude of the country’s legal system. The Hays Code cautioned Hollywood on the treatment of certain subjects, including “sympathy for criminals,” and that mentality has profoundly influenced movies ever since. Rare are the films that pay women like Rich the slightest attention — unless, of course, they’re battling to prove their husbands’ innocence, in which case they’re treated as noble crusaders.

Doing time transformed both Richardson and Rich. Audiences can see that through Rich’s home videos — which Bradley strips of color, so the grainy VHS blends more smoothly with her monochrome presentation of the present. But what if the establishment itself needs changing as well? Where does compassion fit into the picture? In one of the film’s most potent scenes, seven years after the robbery, Rich stands up in front of her church and begs the congregation’s forgiveness. The bank employees have already given her theirs. Few are the films that focus on such healing.

Two years ago, there was another documentary, Rudy Valdez’s 15-years-in-the-making “The Sentence,” that feels like something of a thematic soulmate in the emotional way it humanizes the effects of incarceration on an American family. “The Sentence” won the audience award at Sundance and later, an Emmy as well. On the fiction front, Bradley’s film also has certain elements in common with Michael Winterbottom’s “Everyday,” shot over five years, and Barry Jenkins’ recent adaptation of “If Beale Street Could Talk” (the latter being a case of wrongful conviction).

But the movie that “Time” most resembles is Bradley’s own 12-minute short, “Alone,” which posted to the New York Times Op-Docs video platform on Valentine’s Day 2017. “What would it mean to marry someone behind bars?” Bradley asks via that film, watching a woman she had known for years, Aloné Watts, struggle with how to adjust to her boyfriend’s arrest. It was during the making of “Alone” that Bradley met Rich, who knew the price of such separation all too well. “This system breaks you apart,” Rich commiserates in the short. “It is designed just like slavery to tear you apart. Instead of using the whip, they use Mother Time.”

In “Time,” Bradley allows Rich to elaborate on that analogy — which many may reject outright. Through her activism as well as her more mundane everyday activities, she reveals the kind of hardship that prison puts on a family: the money that high-priced lawyers charge just to tell her they can’t help, the humiliation of kissing up to white judges who have no intention of considering her husband’s case, the strain of only being allowed to see him twice a month, and most importantly, the challenge of raising kids and maintaining a home without her partner by her side. But she also captures the strength of love in the face of such obstacles, and what it means for a couple, separated for more than 20 years, to survive the ”test of time.”