It was only a matter of time before I had to cover something like Agent Toby Barks. I’m the resident dog movie reviewer on site, so of course when this movie came across my desk it was not a question of if I’ll review it, but if I’ll do it in my Lacey dog speak.

Lacey only comes out on special occasions. If I did the Lacey voice for every single dog movie, it would get completely worn out and it would feel more like an obligation than something fun to do. And I don’t want to do that. Lacey should be fun to write about and funnier to read. If used in excess, it can become generic with little charm to it, making it something that should be funny, yet isn’t.

Funny then that Agent Toby Barks is the perfect representation of that statement. It should be fun and enjoyable, but instead feels generic and passionless. 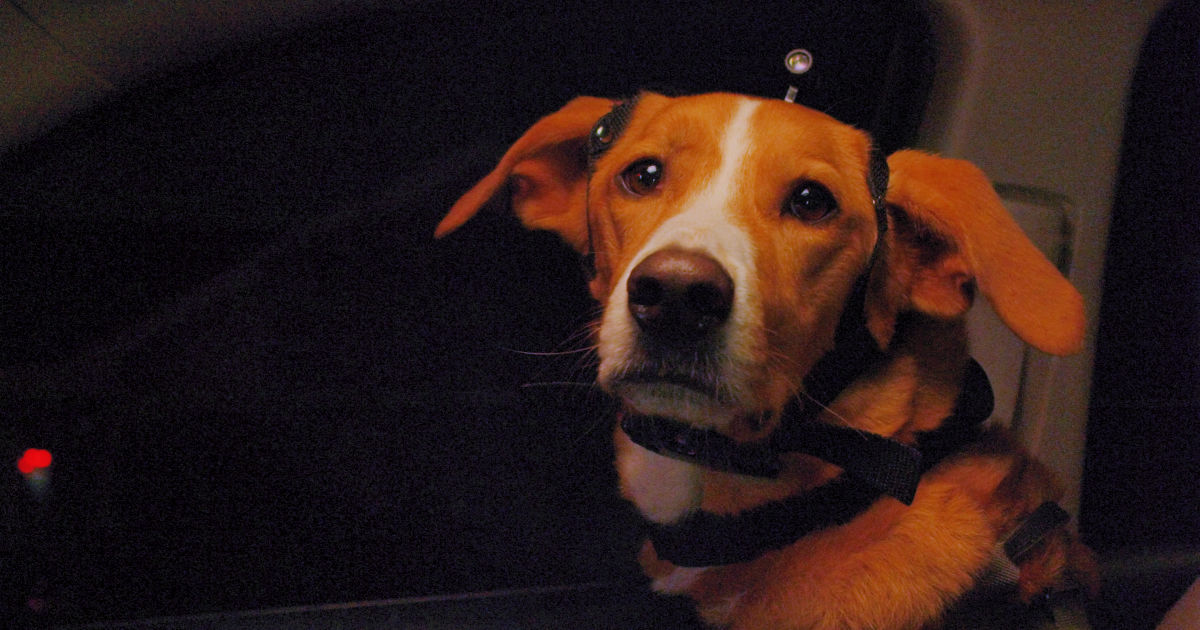 Let’s just get this right off the bat; no, I am not desperate for content. I chose to cover this well before the coronavirus pandemic happened. This isn’t a case where Jesse is losing his mind and decided to review a movie called Agent Toby Barks. I didn’t think there was any nostalgia to mine off of Agent Cody Banks in 2020, but lo and behold that’s what we get. In fact, this title sums up the movie perfectly. Never before have I seen a movie with such an emblematic title presented to me. It’s dumb, kind of brilliant, strange, will only appeal to a minuscule percentage of human beings, is designed to be cheap family entertainment, and involves dogs.

Cut from the same clothes as other waaaaaaaaaacky family movies like A Talking Cat!?!, Agent Toby Barks has us follow a normal, peppy family where a single father (Dean Cain) is trying his best to raise his kids after his wife died. Unlike in most other situations where a plot like this happens, the kids are actually totally understandable of this and help him out too. But when everyone goes to bed, their dog Toby heads out to be a secret agent and protect the world from criminals of all shapes and sizes. Some of them want to cause general mayhem and rob houses, others want to steal technology that allows dogs to talk because, of course, Toby can talk. And he’s voiced by Jon Lovitz. Jon Lovitz can now join the prestigious realm of dog voice actors that Kevin Costner, Tessa Thompson, and Josh Gad inhabit.

I don’t think there’s any other way to describe this movie more perfectly than this. Agent Toby Barks is a movie made by white people for white people. There’s hardly any conflicts in the movie, and when there is, it never goes above the standard fare of “Oh no! I didn’t pass my driver’s test!” Even when the super spy stuff starts to happen, it all just feels so mundane and weak. Granted, I know this is a low budget family movie. I’m aware that this isn’t meant to be some kind of grand statement on animal nature like Beastars is, but I at least need something to work with here.

Case in point, Dean Cain has a sister in this movie who’s super peppy and detail-oriented that he invites over to watch his kids while he’s on a business trip. She’s not funny, but she’s not cringe inducing either. She’s just your typical comic relief from an early 2000’s comedy that somehow is still being trotted out in 2020. If her character was grating or annoying, then at least I could make some jokes and remark about how lame this movie is, but I can’t even do that since her character is still genuinely sweet. This movie at times is like something your 80 year old grandmother made. Yeah it’s not good, but gosh darn it I can’t hate something this inoffensive.

What I can make fun of is just how cheap this movie is. With a cast of only about a dozen or so people, somehow the sets still feel cramped and lifeless. When we start to get involved in the secret agent schtick with Toby, it lasts a total of 15 minutes for the entire movie and is shot almost entirely in sterile and generic warehouses. At least most of the extras are aware that this is some pretty cheap family entertainment as nearly every actor competes with each other to chew as much scenery as possible. My personal favorite goes to a man named Horace the Horrible, a massive slab of a man who speaks only by screaming and flexes every step he takes and is simultaneously smart enough to HACK THE STOCK MARKET WITH DOS COMPUTERS.

But the main draw for me, like most people, was Jon Lovitz. I have no idea why he decided to take on this role, but I can’t say that it was all that impressive. When you hear the phrase “Jon Lovitz voices a dog” regardless of whether the end result is wonderful or laughable, it’s something that deserves to be examined. Unfortunately, it’s neither of those things. Kudos to Jon for somehow managing to turn in an enjoyable performance, but he’s given so little to work with and he acts opposite actors who act and sound like it’s their first time on screen.

As I’m sure you’ve probably figured out by now, Agent Toby Barks is the kind of movie destined for the bargain bin at your local Goodwill. It meets the bare minimum requirements for a film and at least has a beginning, middle, and end. It’s not wholly memorable in the slightest and is so safe and plain that saltines with a glass of water is spicy by comparison, but I’ve seen some truly terrible movies in the past few years so I’m okay with generic and lifeless. It probably sits at the top of the mediocrity pile and I’m almost a bit disappointed that it wasn’t worse than it could have been, but them’s the brakes I suppose. Not every movie will give you what you want and sometimes it may actually exceed your expectations, as rock bottom as they may be.