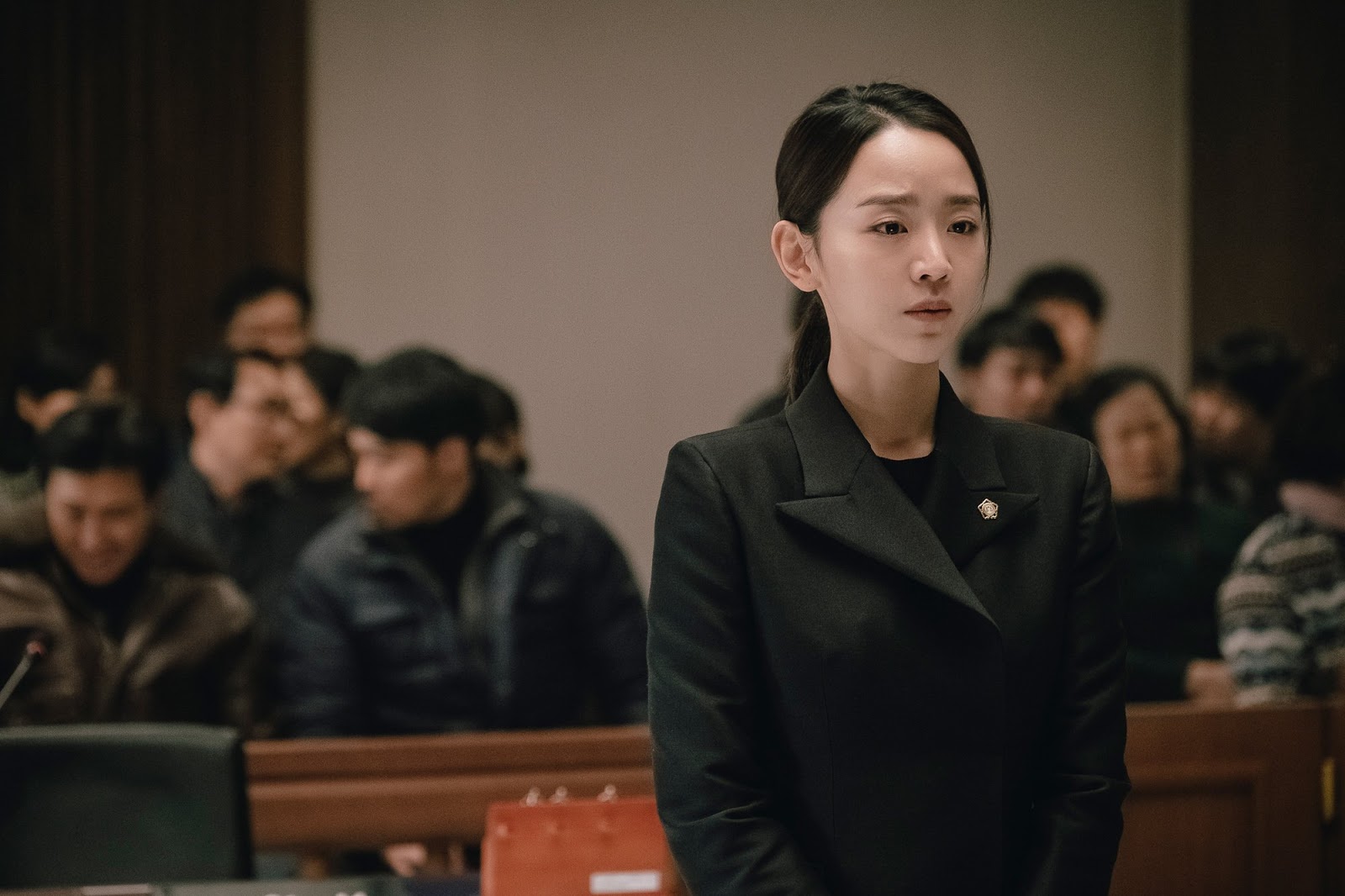 Ahn Jung-in (Shin Hye-sun) was a successful lawyer in Seoul, and learnt from the TV news report that her mother was accused of poisoning 5 people at her father’s funeral, causing 2 to die and the other 3 to be seeking treatment at the hospital. One of the 3 seeking treatment was Mayor Choo (Heo Joon-ho). Jung-in decided to defend for her mother Chae Hwa-ja (Bae Jong-ok), as she believed that her mother, who was suffering from dementia, was not able to poison just these 5 people. At the same time, her mother had also pleaded guilty to the charges as the police promised her not to implicate her autistic son, Ahn Jung-soo (Hong Kyung).

As Jung-in investigated further into this case, she found there was much hindrance to stop her investigation. Jung-in’s primary schoolmate Yang Wang-yong (Tae Hang-ho) also revealed that Hwa-ja went to the police station one night declaring that her husband had killed someone, which he thought might be helpful to the case. Jung-in and Wang-yong then investigated the case together, and found out that Mayor Choo was preventing them from investigating the case, as well as sending someone to her old house to steal a map.

One of the victim, Hwang Bang-young (Park Chul-min), admitted to Jung-in that many years ago, the five of them (the victims in this poisoning case) and Ahn Tae-soo (Choi Hong-il), who was Jung-soo’s father, together killed the owner of the quarry Lim Choon-woo (Kim Suk-hoon). Ahn Tae-soo then took over the quarry and became rich. Soon, there was nothing to mine at the quarry, which prompted Tae-soo to purchase a gold mine nearby, but was unable to mine anything. Tae-soo then wanted be involved in politics, when the other five seemed to be earnestly helping him, only to be betrayed by them, as Mayor Choo became the mayor. Tae-soo later suffered from liver cancer, and tried to threaten Mayor Choo with their secret, only to be overheard by Hwa-ja. Hwa-ja then decided to take revenge by adding pesticides to the makgeolli (Korean rice wine), serving to Tae-soo daily, as well as the five who participated in the murder of Choon-woo during the funeral. Jung-in had found a video recording in Jung-soo’s phone where Tae-soo said that Hwa-ja had been poisoning him slowly.

As Jung-in was unsure what to do, Hwa-ja suddenly recognized her daughter and apologized to her, telling Jung-in to consider only herself in making the decision. Jung-in was also revealed to be Choon-woo’s daughter, as Hwa-ja tried to commit suicide upon Choon-woo’s death when pregnant with Jung-in. Tae-soo saved Hwa-ja and decided to marry Hwa-ja, promising to treat Jung-in as his own (although he did not, especially when he firmly believed Jung-soo’s autism was caused by Jung-in when both fell from a stool). In the end, Jung-in proposed Tae-soo to be a potential suspect for poisoning as he had feuds with the five people when Mayor Choo tricked him into purchasing the worthless goldmine, and later betrayed him and forced him to sell them his land. As the prosecution was not able to prove Hwa-ja was the culprit, and due to presumption of innocence, Hwa-ja was found not guilty.

The 2 leads of this movie, Shin Hye-sun and Bae Jong-ok, had promoted this movie earlier this year in Running Man, although the premiere of this movie was also postponed due to the pandemic like Intruder. It was revealed in Running Man that the 2 leads were still awkward with each other as they did not have much scenes together other than the scenes of court trial (and not to say Hwa-ja did not recognize Jung-in 99% of the time). Thankfully, the awkwardness between the actresses was not visible at all in this movie, in fact, I found the scene where Hwa-ja finally recognized her daughter touching and well-played.

Overall, I really like this movie, as not only the movie cast had acted well, such as Heo Joon-ho playing the double-faced mayor who was on surface friendly and considerate, but actually greedy and corrupted in reality. The mother and daughter relationship between Jung-in and Hwa-ja, as well as sister and brother relationship between Jung-in and Jung-soo were also touching. The stepwise revelation of the secrets was also engaging, and never once did I feel the movie was boring (in fact I felt time flew fast). The outcome of the movie was debatable, Hwa-ja was indeed guilty of poisoning the men, and should be punished by law (her dementia would help to reduce the sentence), but as Jung-in pointed out, Hwa-ja’s life was already in turmoil after the death of her ex-husband Choon-woo, so it also seemed morally right for Hwa-ja to seek revenge on people who killed her husband (as they were also not punishable by law due to statute of limitations in South Korea’s law). To be honest, I feel the illegal acts of Mayor Choo and his gang would never be revealed should Jung-in not made Tae-soo a potential suspect as well. Blinded by the Light หนุ่มร็อกตามรอยเดอะบอส (2019)