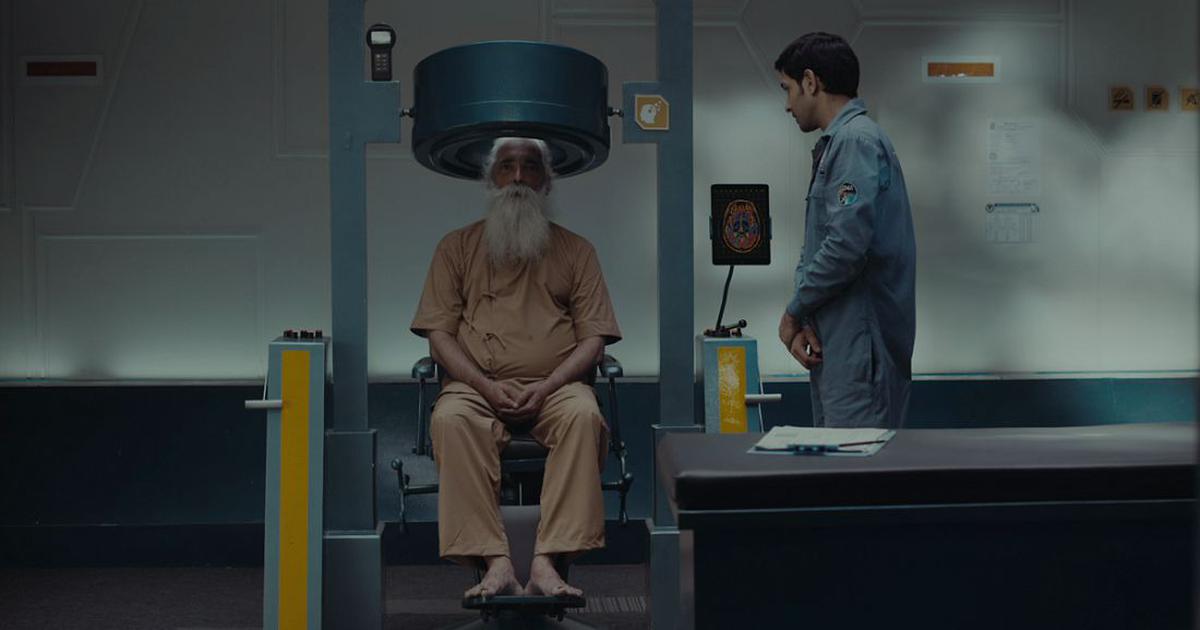 Another word for “Cargo,” a truly unique blend of Hindu mythology and mid-concept science fiction about a futuristic new process by which the recently deceased are beamed onto a spaceship far away in order to have their memories wiped and their souls cleansed for reincarnation, might be “baggage” — as in, dead people show up with their hands and pockets full of whatever preoccupied them on Earth, and it’s the crew’s job to calm them down and ease them through the transition.

“Cargo” takes place aboard a nifty retro-styled space ship — with its rudimentary computer terminals and mid-20th-century corded phone receivers — called the Pushpak 634A, whose lone crew member is a demon named Prahastha (Vikrant Massey). Demons, according to writer-director Arati Kadav’s playfully revisionist premise, once sneaked around at night stealing humans’ souls, but now, thanks to a treaty between their kind and Homo sapiens, they catalog and process these transitional spirits from the outer reaches of space. 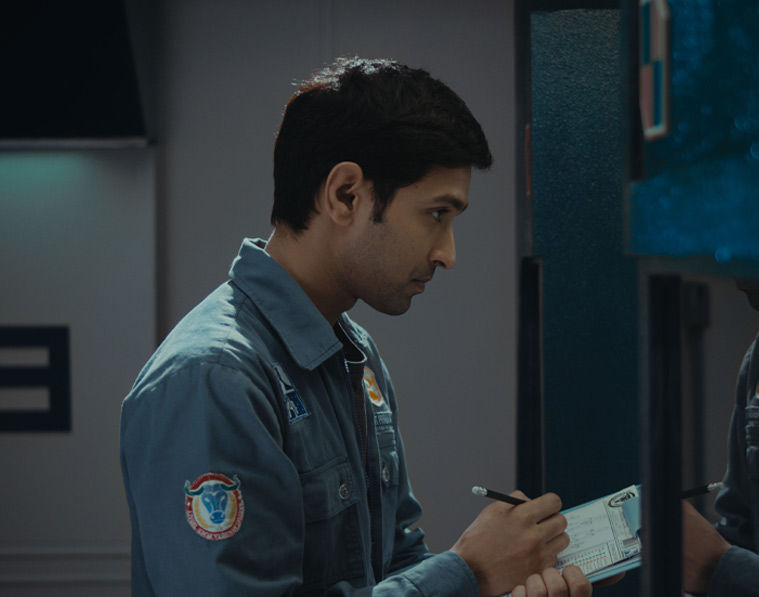 Early on, Kadav shows Prahastha floating around like Sandra Bullock in “Gravity,” as he fixes one of the solar panels on the exterior of her CG ship. It’s not clear why the character needs to trouble himself with such things, but it’s a nice bit of visual detail in a movie that manages to stretch its modest budget to rather extraordinary lengths. The film “Cargo” will most likely remind you of is Duncan Jones’ “Moon.” Kadav has clearly seen it, although there’s an entire subgenre of design-forward, “It’s lonely out in space” sagas (from “Solaris” to “Silent Running” to “Passengers” to, most obviously, “2001: A Space Odyssey”) that may have influenced her own vision of this solitary rocket-demon suffering an existential crisis at the far reaches of the solar system.

Massey is an appealing actor, but rather one-note in the role, playing an obedient functionary — like one of those extras who silently mans the consoles in the background of a “Star Trek” episode — who’s considered a hero (he has fans back on terra firma) but doesn’t see much point in fussing over his job. Kadav treats the deaths in “Cargo” as kind of a running joke. She doesn’t show the briefly glimpsed human characters dying per se, but instead re-creates the moment just before they bite the dust: an old geezer about to take a tumble down a rickety flight of stairs, a young man stepping into a faulty elevator or a series of near misses that ends with the squealing brakes of a bus accident. (There’s even an unfortunate inventor, whose arrival by electrocution seems to be an inside-joke wink to her 2016 short film “Time Machine.” The device misfires, and he winds up in “Cargo.”)

When these victims of fate show up in the arrival bay of the Pushpak 634A, they don’t know what’s happened, and Prahastha ambivalently ushers them through the process, showing minimal curiosity about the visitors he’s processing. His first guest is an elderly magician, whose personal effects include one of those endless silk handkerchiefs stuffed up his sleeve and a white pigeon. It feels like an opportunity missed that these newly dead arrivals don’t seem more attached to the lives they’ve just lost, although several are determined to place a final phone call to a friend or loved one.

“Cargo” never explains how that works exactly. The movie isn’t interested in logistics. Rather, Kadav is concerned with the state of Prahastha’s soul, and to help reveal it, she has his boss (Nandu Madhav) send him an assistant, a young medical Raksha — another demon, this one female, with magical healing powers — named Yuvishka (Shweta Tripathi). The moment they meet, composer Shezan Shaikh’s synthesizer score starts to vibrate excitedly, indicating the possibility of romance in this pair’s future, although subsequent scenes move so slowly in that direction that the chemistry cools to something more professional. She’s almost like a daughter figure, sent to remind Prahastha of his connection to his home planet. Turns out, he’s been holding on to a bit of emotional baggage as well, and rather than urging its lonely hero to let go, “Cargo” nudges him toward reconnecting with the person he had feelings for 75 years earlier.

Perhaps the film would be more effective for those who have some connection to its cultural roots. “Cargo” does a fair job of explaining its human-demon relations, although it seems like a rather elaborate tangent from the “Ad Astra”-esque notion that a character must travel incredibly far from home in order to work out a rather basic internal obstruction. What works here isn’t the story but the style: Kadav and production designer Mayur Sharma have conjured an endearingly analog sci-fi environment that’s fun to visit, and not only distinct from Western films but totally unlike anything else being done in India at the moment. She’s an original, and “Cargo” demonstrates clear promise for whatever her next life brings.