Kids might be into generic rock 'n' roll, and playing guitar, but do they dig reincarnation? That's what director Sean McNamara is hoping with his hollow "Mighty Oak," which Paramount is releasing to drive-in and regular theaters.

Tommy Ragen appears in the movie as Oak, a 10-year-old guitar player and songwriter with a lot of promise. But Gina (Janel Parrish), sees something more in him: she thinks that Oak is the reincarnation of her dead brother Vaughn (Levi Dylan), who was a lead singer for the band Army of Love before dying in a car accident 10 years ago. When she sees Oak’s similar mannerisms—pointing with devil-horned fingers, or even drawing monkeys—she becomes even more adamant about the connection, and acting once again as the band's manager she brings everyone back together. Lead guitarist Pedro (Carlos PenaVega) is a little weirded out that his best friend's sister is acting this way, but wants to foster Oak's talent all the same. Over the course of one night, Oak learns the band's songs, and soon enough Army of Love is happily rocking out again with a 10-year-old in charge, who carries the soul of Vaughn. 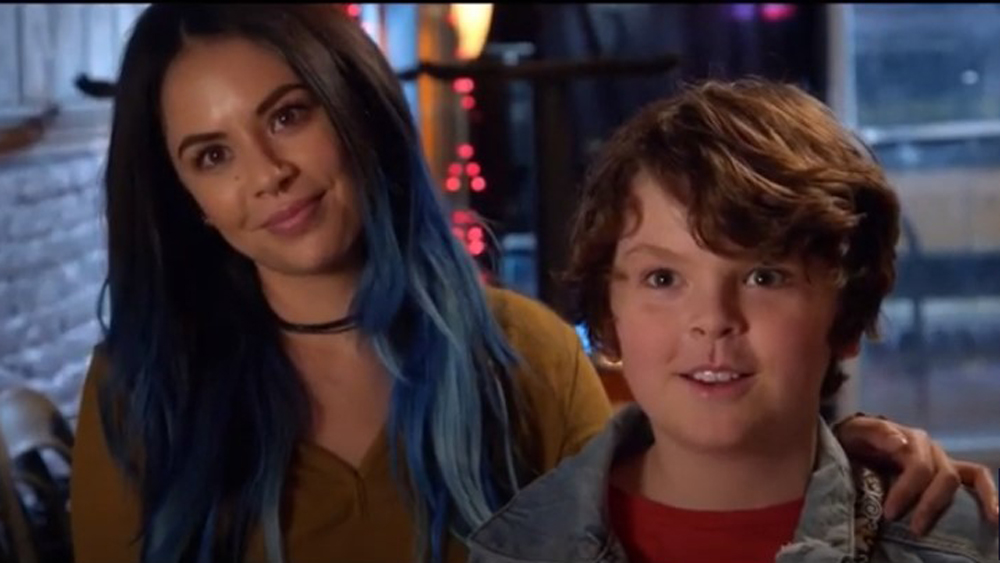 This movie is, simply put, mighty weird, starting with the stuff you have to simply accept: that this band would want to reunite with a 10-year-old’s prepubescent voice taking the place of its own lead singer, or that other adults in general would get excited about this grieving version of Kidz Bop. And you simply have to accept this quaint idea of reincarnation, even if the movie is too clumsy to make even a decent argument about it. This premise would excel far better, and go much deeper with its targeted themes, in something like a dark comedy; that "Mighty Oak" embraces this delusion with no sarcasm and a lot of wish fulfillment is at the very least worrisome.

These types of family movies always express their idealism with wholesomeness and dramatic shorthands, and often end with makeshift families coming together, talking animals making friends, or even brothers bonding through being ninjas (as with an earlier Sean McNamara joint, “3 Ninjas: High Noon at Mega Mountain”). So it’s all the more bizarre that this idealistic, wholesome tale is geared toward getting the audience to feel Gina’s unhealthy obsession with both her dead brother and this 10-year-old. "Mighty Oak" does take some steps to show that she might be a bit lost about everything, cluing us into her past history at a mental hospital and even a vending machine metaphor about a broken internal light, but being that these types of films are about actualizing the impossible (again, “3 Ninjas: High Noon at Mega Mountain”), inappropriate fixations of reincarnation are a wild sell. McNamara had an easier time with his earlier film "Soul Surfer," that true story about a young woman who loses an arm to a shark attack, and grows closer to God.

Oak, on the other hand, is practically an angel in the eyes of Gina, and the movie fits him in there to be like a golden child with little interior life of his own. Tommy Ragen is the real deal when it comes to really playing guitar riffs and really writing the original songs performed in the movie; when he says that he stayed up all night learning Army of Love’s songs, you can believe him. But the film edits him with start-and-stop line delivery, and makes him seem all the more like everyone’s projection of an almost inhuman innocence. 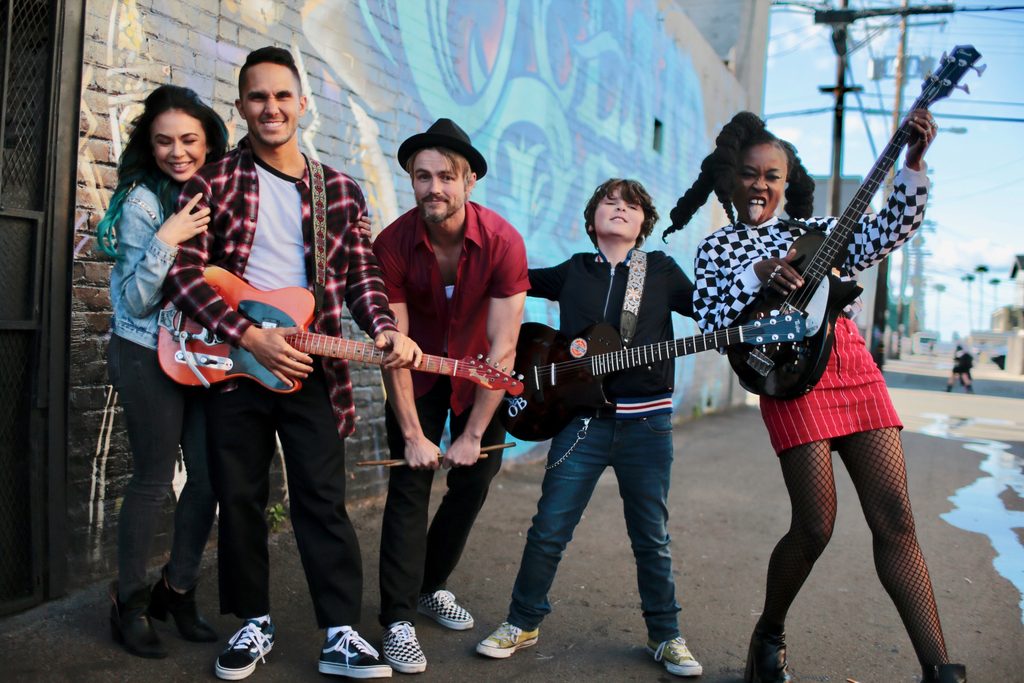 “Mighty Oak” has a bizarre impulse to prove itself, to prove that it’s not the type of family-friendly drama of McNamara’s past, but it just makes itself weirder. For one, the movie is obsessed with the word “shit” as if the filmmakers just now realized they could get away with it, and pepper the dialogue with the term in hopes of giving it a rock 'n' roll edge. But even more so, the script by Matt R. Allen wants to show that while this film might have a pretty wholesome image of a rock band, it’s not afraid of death's weightiness (like with Vaughn's "Final Destination"-like fatal car accident, or a grim passing later on). But “Mighty Oak” is clumsy when presenting its darkest stuff, and can't balance that with its sporadic attempts at broad humor.

As "Mighty Oak" develops its story in a direction you can't believe, it truly has its own fun-loving, rocker soul that struggles to get out. But wow, it is so strange if not laugh-out-loud funny when McNamara hard cuts from Oak’s rockin’ debut concert to a sullen black landscape and text that says: U.S. - MEXICO BORDER, following up with Oak's drug-abusing mother Valerie. These types of jarring tonal changes happen throughout the movie, and instead of deepening the story they just make it more awkward. It’s bizarre when a script goes off the deep end for the sake of tidiness, right up until it has to resolve all of its problems with a couple unbelievable twists at the end, including possibly the most gullible grandparents in cinematic history. This is ultimately a story about putting a band back together, and a young kid's fantasy of getting to rock on stage. How do you overthink that?