If you’re like me, you might get excited at the thought of watching “One Night in Bangkok,” a revenge drama starring former “Iron Chef America” host Mark Dacascos as a world-weary killer who’s out for blood. I mean, have you seen Mark Dacascos in “John Wick: Chapter 3—Parabellum”? Say what you want about earlier Dacascos vehicles—like “Crying Freeman”—but the man always comes to work, even when his roles are thankless (“Brotherhood of the Wolf” comes to mind, even though I generally like that movie). 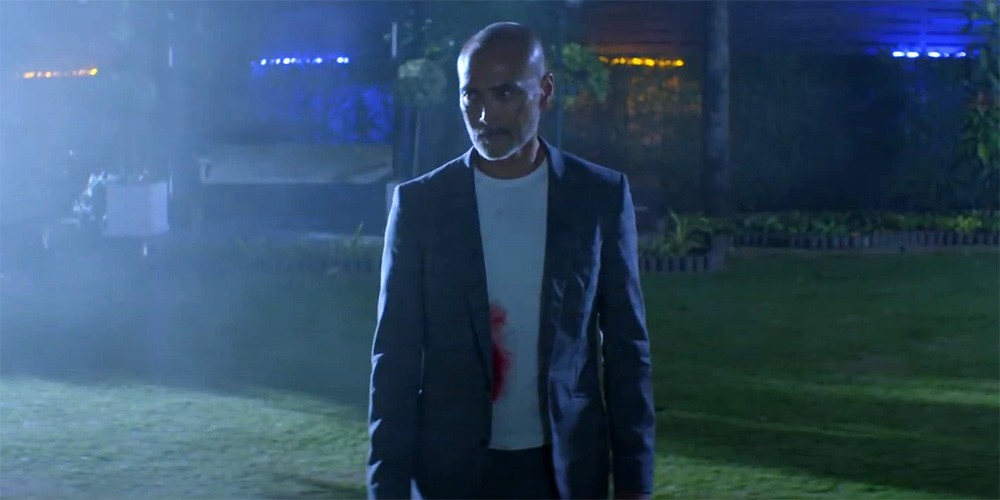 Written and directed by Wych Kaosayananda, “One Night in Bangkok” is about as emotionally flat as Dacascos’ performance as Kai, a sedate Hawaiian tourist with a grey suit and a gun. Kai is bald, but his beard stubble is white, presumably because there’s supposed to be an age gap between him and Fha (Vanida Golten), his ingratiating taxi driver.

There are a number of similarly uninvolving details peppered throughout “One Night in Bangkok,” stuff that’s meant to hint at the personalities of characters who are otherwise defined by their generic circumstances: he’s a murderer with a personal vendetta, and she’s a tired, but savvy local with a sick brother. They bond, he gets progressively more beat up as he hits his marks, and she puts up with all of that, presumably because of their mysterious interpersonal bond (but also because of the $6,000 dollars he offers her for her services). “One Night in Bangkok” makes “Collateral” seem sensible.

I mean, at least the two male leads in “Collateral” have great push/pull chemistry on-screen. Dacascos and Golten, by contrast, have a low-simmering vibe that never escalates to slow-to-boil. “One Night in Bangkok” fatally stalls whenever Kaosayananda has to develop his hitman drama beyond place-holding cliches, and get into the stuff that you’re presumably paying to see when you sit down to watch an action movie where Dacascos is chauffeured around Thailand, and shoots people in the head while ignoring their pleas for mercy. Light banter is sadly not Kaosayananda’s forte—neither is action, for that matter—so don’t hold your breath whenever Kai, Pha, or any other characters have to establish themselves through conversation. 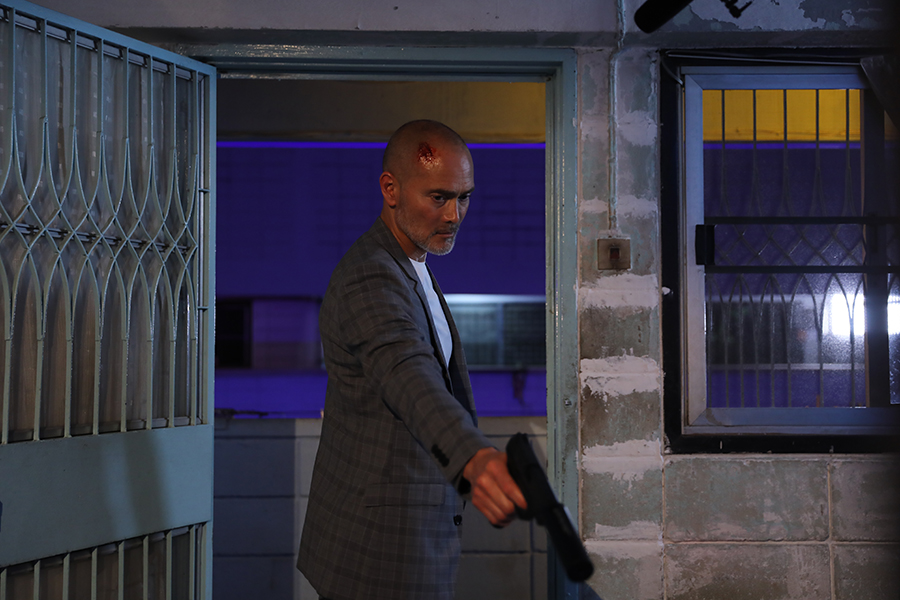 Kai and Fha, whose names both mean “sky,” talk about a lot of things, though rarely in a human way. He asks about the cross around her neck, and she tells him that “I believe in faith. I believe it's good that people have faith.” He counters with: “Guilt is good. It reminds us to do good.” This exchange comes minutes after he tells her that “fish are like people” since “There are some fish that are really dumb, and easy to catch” while “others are extremely smart ... and much more difficult to catch.” Dacascos’ dialogue is often just that bewildering. He randomly asks one of his marks if he remembers “killing a family with your Porsche,” as if the car itself mattered. Later, Kai tries to tell Fha that he’s ready to die, so he naturally starts by asking about Bitcoin: “You know Bitcoin?” She does not. “Oh, it’s not hard to find out about.” Minutes later, she says aloud: “Oh. Well, you really smart, Mr. Kai.” I’m sorry, but I don’t follow you.

As for Dacascos’ lead performance: it’s fine, for what it is. Dacascos talks like a sitcom dad addressing a confused, but sensitive child: lots of pregnant pauses, a deliberate pace and even tone, and not a lot of emotional inflection. His character talks like this even while discussing the conversion of his life savings into Bitcoin: “I converted it to Bitcoin. I didn't know what else to do.” Most of Dacascos’ fellow cast members appear similarly engaged, but uninspired, like Shane Kosugi, who plays a local Thai cop who says things like, “I mean, come on, babe, who f—kin’ kills a lawyer on a Friday night?” Mark Dacascos does, though I still don’t know why. 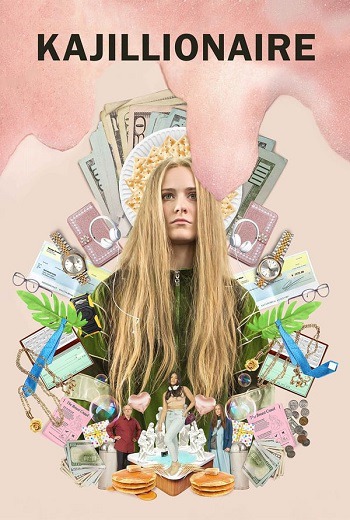