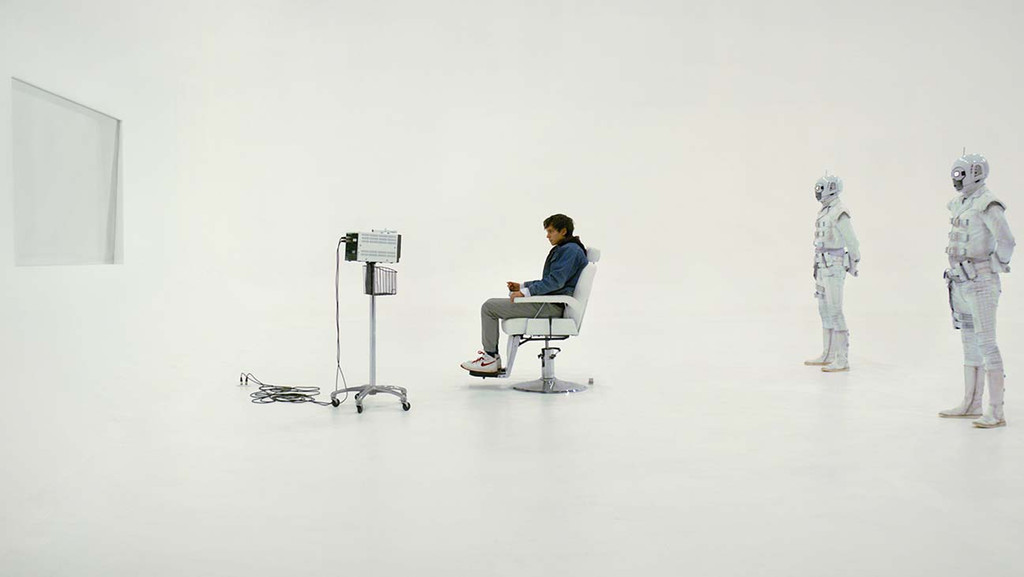 In the directing debut of VFX artist Eric Demeusy, a young NASA scientist seeks answers after he's abducted by extraterrestrials and returned to Earth.
Proximity wears its old-school sci-fi heart on its sleeve, beginning with the Close Encounters-quoting pow of an opening and flipping through a catalog of movie references. The homage, however endearing, proves limiting too for this tale of alien abduction, wide-eyed innocents and covert government baddies. Good-looking and technically well crafted, the film struggles to get past pastiche and conjure an involving world of its own.
At the helm of a feature for the first time, visual effects vet Eric Demeusy — whose credits include Stranger Things, Game of Thrones and Tron: Legacy — builds a certain level of mystery in an assured first half-hour. But the answers prove less interesting than the setup in this tale (available on demand via cable carriers and digital platforms including Apple TV+, Amazon and Vudu). And it's a long, plodding haul, nifty VFX and sound design notwithstanding, to reach those answers, which arrive in a contrived pileup of genre nods and thuddingly earnest "insights."

Ryan Masson brings an apt otherworldly quality to the role of Isaac, a computer engineer at NASA's Jet Propulsion Laboratory in Pasadena. His youthfulness, though, is distracting; at first I wondered if he was a student enrolled in a special program. Isaac is struggling with some sort of trauma, perhaps involving his father's death. This is never made entirely clear, but Demeusy's screenplay (from a story by him and cinematographer Jason Mitcheltree) uses that character angle to introduce Isaac's habitual use of a camera for therapeutic video-diary purposes. The camera is with him when, during a mountain hike, he witnesses a meteor crash, sees a spinning saucer and looks into the eyes of an extraterrestrial.
Returned to his life with a three-day memory gap, an unsettled feeling, and a hurting arm, Isaac gets concerned looks from his colleagues (Max Cutler, Kylie Contreary). Determined to connect with people who have had similar experiences, he posts his video evidence of the event, prompting the usual mix of comments from grateful believers and derisive naysayers who declare him a fraud. A local daytime-show interviewer (Sarah Navratil) can barely hide her condescension. In an in-joke, a TV segment about the viral video asks Hollywood VFX artists to weigh in on its quality.
From there, Isaac's story turns into a search for people who believe him. Enter Sara (Highdee Kuan), a frustratingly undeveloped love interest/kindred spirit. When they rendezvous in a diner after Isaac has read one of her online posts, she doesn't seem to know why she's there. The audience certainly doesn't — until she mentions something she read that brings the movie's Alaska-set prologue into play. It isn't suspense that Demeusy stirs up over Sara's backstory so much as confusion and apathy; when, late in the action, she reveals something about her close encounter, it makes no difference.
Isaac's guilelessness soon puts him in the hands of a supposed blogger (Shaw Jones) — you know, the kind with his own downtown office-building suite and a business card that reads "Keith Obberman." The adventure ratchets up to an international chase, complete with subterranean facilities in the Central American jungle, men in black and shiny white robocops. With an exceptionally hard-to-boy escape sequence and stone-faced agents uttering lines like "Sir, there's been a breach," it's hard not to wish that Demeusy had been more playful with his sci-fi storytelling.
A slight bit of comic relief arrives in the form of American hacker Zed (Christian Prentice), who propels crucial plot points with a frenzy of clicking laptop keys and proves helpful in moving the characters along their increasingly preposterous quest. As the story's grip grows weaker, you might take a moment or two to contemplate the cool aerie where Zed lives, and whether he built it or found it through a dark-web Zillow for globe-hopping cyberpunks.

The drama culminates — "climaxes" would be too strong a word — at the cabin of another off-the-grid character, Carl (Don Scribner), in British Columbia. The way Zed and Sara are drawn to the old-timer's analog hardware and vinyl is a nice sideways glance at all the characters' outsiderness. But as with pretty much every aspect of the screenplay, it would need a tighter, sharper touch to make it more than a passing observation. The film doesn't sustain a tone, a particular problem in the final sequences, a mishmash of speculative fiction, out-of-left-field religiosity and rom-com whatever.
Mitcheltree's cinematography is strong throughout, and Jermaine Stegall contributes a smart score, in sync with the overall vintage sensibility. It's too bad that Demeusy chooses to slather a number of scenes with synth-pop songs (by Radio Wolf in collaboration with Parallels), the first signal of the movie's tonal uncertainty. As a director, Demeusy knows how to craft individual scenes; maybe on his next outing he'll make them add up. 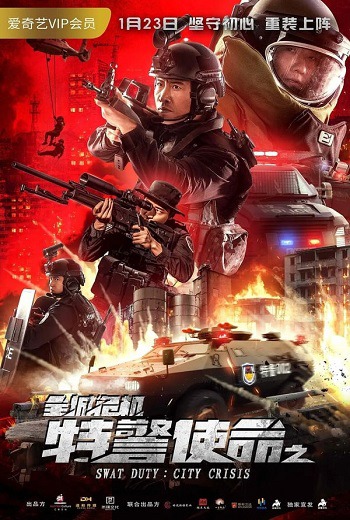