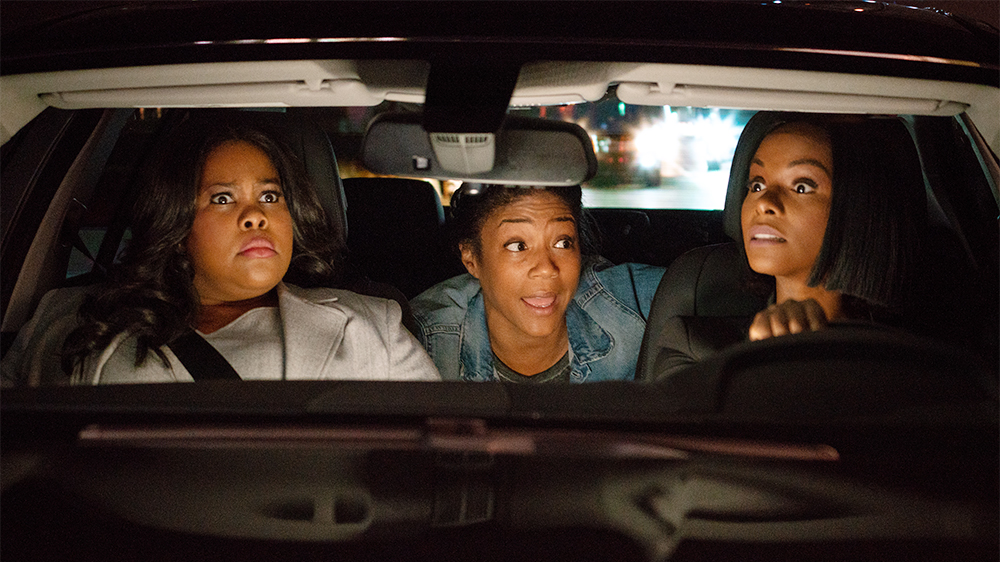 The good news about Tyler Perry's new picture Nobody's Fool is that, unlike many of his money-minting releases, it actually looks and plays like a movie. Two of them, in fact: a bull-in-china-shop romp in which Tiffany Haddish is encouraged to revel in her trashy side, and a rom-com in which Tika Sumpter can't decide whether to hold out for Prince Charming or settle for the sensitive hunk who's right in front of her. 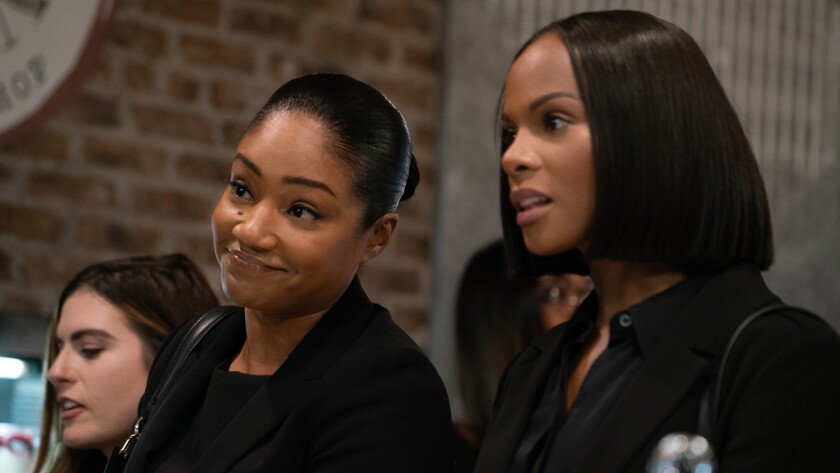 The bad news about Perry's new picture is that the first film sneaks out a side door while nobody's paying attention, and its replacement — that phoney-as-hell rom-com — makes the whole enterprise feel about three hours long.

Film One isn't what you'd call a good movie, but it has its pleasures, especially after seeing Haddish's energies deployed so sparingly in the recent Night School and The Oath. With dialogue that sounds like it was tweaked by the comedian, it will make a decent time-filler until she releases another stand-up special. (Or, better yet, has a starring feature vehicle that deserves her.) Haddish plays Tanya, the black-sheep sister of Sumpter's overachieving ad exec Danica. On the day of Tanya's release from a five-year prison stint, the pair's mother (a frequently high weed merchant played by Whoopi Goldberg) declares she won't be allowed to return home to New Jersey. It seems the last time she was there, Tanya stole all the house's copper wiring to buy drugs, so she's being sent to stay at Danica's luxurious Manhattan apartment until she gets on her feet.

Frank has been smitten with Danica for months and has a long-stemmed rose ready every time he hands over her on-the-house cup of joe. But she's a year into a long-distance relationship with Charlie (Mehcad Brooks), a man she met online and still hasn't seen in the flesh. Hasn't seen him on video, either: Though they talk and text all the time, Charlie says the offshore oil rig he's working on has Wi-Fi that won't support video chat.

Everybody but Danica is convinced that Charlie is not who he claims to be. And wouldn't you know it, Paramount Pictures' parent company Viacom owns MTV, which happens to have a show based on this very phenomenon. In a shameless bit of corporate synergy, Tanya reaches out to Nev Schulman and Max Joseph of Catfish: The TV Show. The two men investigate, and things do not end well for Danica. (The bright side to her humiliation is an entertaining cameo by an actor who will remain nameless.)

Around this point, Nobody's Fool stops looking at Haddish as if her every lewd or mercenary utterance were gold. Tanya goes from being the movie's natural star to its neglected stepchild, as the much less interesting Danica takes center stage. This might seem like good news for Hardwick, whose Frank is finally being taken seriously as a romantic prospect; but the film has several indignities left to dump on this decent, loving man, and the actor has to struggle to retain his dignity.

With Tanya mostly a fading memory, the movie focuses on Danica's unrealistic list of expectations of potential suitors, some shallow (six-figure income, minimum) and some understandable (she prefers a man who's never been to jail). Sadly, Frank's life started poorly: He did prison time and had a drug habit before turning things around, and Danica views this as a deal-breaker, not a cause for respect.

Perry's clumsy, misshapen script tries to guide Danica toward important realizations about accepting the flaws in those we love. But it mostly views the world through her entitled eyes, letting her make every bad decision possible but assuring us that none of her hurtful moves will cost her in the end. Few mainstream romantic comedies are so brazen or as unconvincing in their third acts. As if the pic were embarrassed about the tidy way it wraps things up, it trots Haddish out for a silly coda that reminds us how little we saw of her during the film's final hour.